Calendar of Events - Colorado Springs Over 50 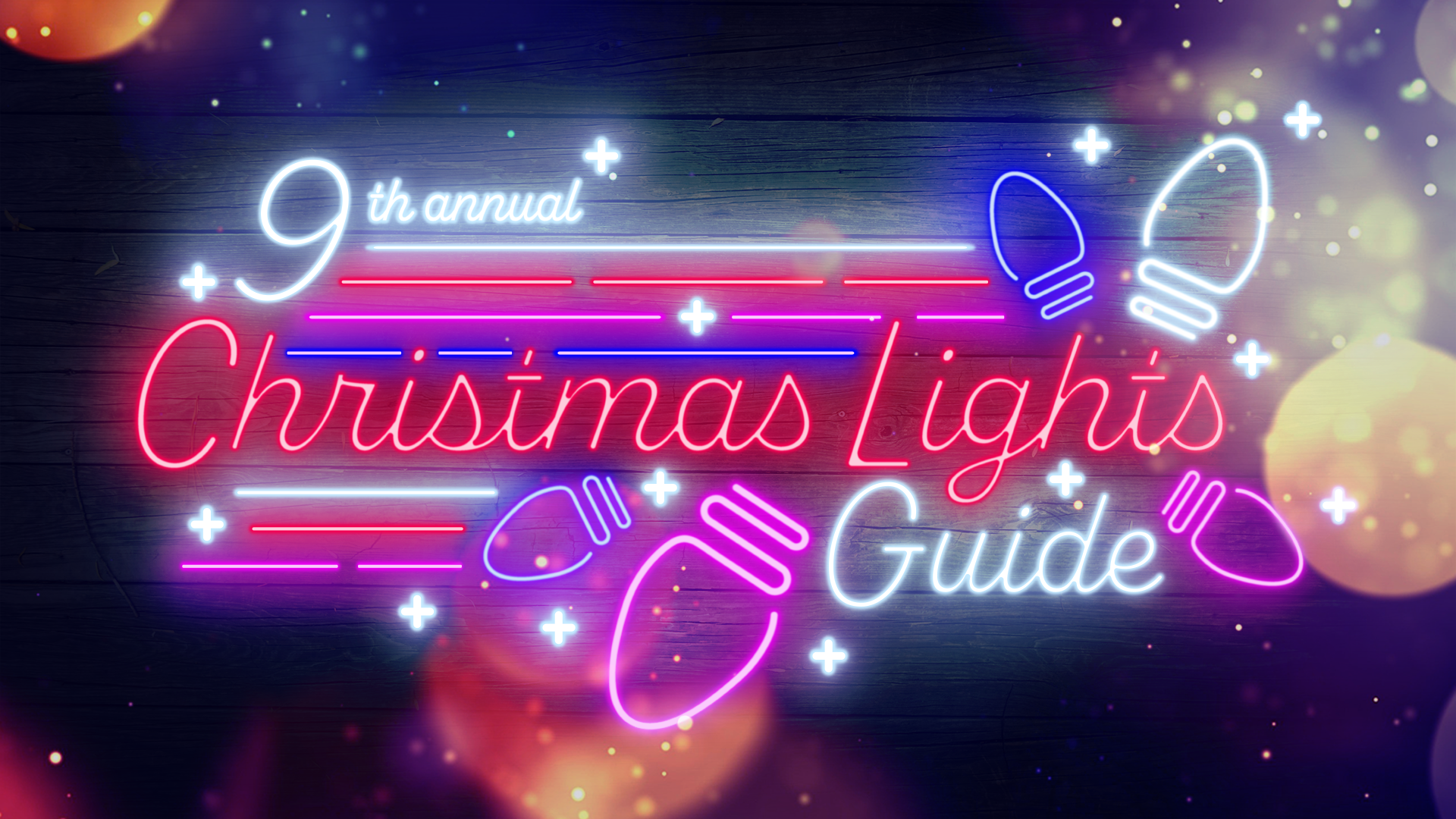 more info...
Colorado Springs Holiday Food and Gift Festival
12/3/2021 - 12/5/2021
The 22nd Annual Holiday Food & Gift Festival returns to Colorado Springs December 3-5 at the Norris Penrose Event Center. This Festival is one of the largest holiday celebrations in the West, with shoppers who happily complete their holiday shopping early. With over 150 exhibitors, the Festival will provide shoppers with one-of-a-kind gifts that cannot be found anywhere else. Featuring art, crafts, jewelry, clothing, woodcraft, music, photography, toys, Christmas décor, and much more makes this a gift buyer’s delight. There is a large gourmet food area where you can sample and purchase a wide range of food items including tea, chocolates, pasta, soups, dips, meats, coffee, jams, shortbread, salsas, oils & vinegars, honey, sauces and many more delights!
more info...
Festival of Lights Parade
12/4/2021

Tis’ the season of holiday celebration! Come on down to the Springs for the annual Festival of Lights Parade. It’s a local and family tradition that brings out the entire community each year for a street party like no other.

As soon as darkness covers the Rockies, the lights will come out and illuminate the city streets of Colorado Springs. Attending the Festival of Lights Parade on Saturday, December 4th, 2021 is a great way to welcome Santa and the start of this year’s holiday season.

more info...
Gold Camp Christmas
12/10/2021 - 12/11/2021
Holiday activities will kick off with the nightly Gold Camp Christmas Holiday Headframe Lighting throughout Cripple Creek and Victor and a Winter Wonderland every weekend at the Cripple Creek District Museum. Experience the lights in the Gold Camp by taking a drive (with your favorite Christmas tunes playing) on a self-guided tour through our area as our mine headframes are decorated with large Christmas light displays. Would you prefer a guided tour? Then be sure to check out the detailed schedule of events for the time and date for the guided tour over the main event weekend.
more info...
Holiday Chocolate Festival - Colorado Springs
12/11/2021

There is no yummier way to celebrate the holiday season than with chocolate! For 12 years, Colorado Springs has satisfied people’s sweet tooth at the Holiday Chocolate Festival. With more than 100,000 chocolates to taste, savor and purchase, there is no more indulgent way to spend a Saturday afternoon leading up to the holiday season.

On Saturday, December 11th, 2021, locals and visitors will make their way to the Colorado Springs Events Center for the chocolate but stay for Santa, crafts, holiday gift booths, face painting, and more. For an additional cost, you can enjoy VIP perks such as more chocolate, no lines, and early admission.

Folks in Colorado don’t have to fly to Toronto to hear the treasured songs of Gordon Lightfoot. Eric Elison takes Fans down the Carefree Highway from Performing Arts Centers in the Rocky Mountain West. Eric’s Gordon Lightfoot Tribute Show, “Gordon & Me,” will have audience members turning back the pages to the times they love best. His spellbinding solo performances of: If You Could Read My Mind; Sundown; Wreck of the Edmund Fitzgerald; and many other Lightfoot gems are a must see for anyone wishing to experience the live music of Gordon Lightfoot.

Larry Stewart, an American country music icon is best known for his role as lead singer of the country band Restless Heart. Starting in 1993, Stewart also recorded four solo albums and charting eight singles including a top 5 with “Alright Already” on the Billboard Hot Country Singles & Tracks (now Hot Country Songs) charts before reuniting with Restless Heart in 2002. A voice you’ve heard on 26 Billboard Hits, 14 Top 10’s, 6 #1’s, plus has garnered Grammy, CMA and ACM group of the year awards and nominations.

Larry released his first solo Christmas album titled ‘Everyday Is Christmas’ and has just released it in vinyl in 2021.

Restless Heart Hits include: “The Bluest Eyes In Texas,” “I’ll Still Be Loving You,” "When She Cries," “That Rock Won’t Roll,” “Why Does It have To Be (Wrong or Right)” and many more.

The Fab Four show originally scheduled for April 10, 2020 at the Pikes Peak Center has been rescheduled to this date, December 16, 2021. Please hold on to your tickets as they will be honored at the new date.

The Fab Four – The Ultimate Beatles Tribute is coming to Pikes Peak Center for the Performing Arts. This show is for all ages and begins at 7:30 p.m. with doors opening at 6:30 p.m.

Tickets ranging in price from $30 to $50, plus applicable fees, are now on sale. note that all price levels will increase by $5 on the day of the show. Tickets can be purchased at the Pikes Peak Center and The Broadmoor World Arena box offices or online at PikesPeakCenter.com, BroadmoorWorldArena.com and AXS.com.

The Emmy Award Winning Fab Four is elevated far above every other Beatles Tribute due to their precise attention to detail. With uncanny, note-for-note live renditions of Beatles' classics such as "Can't Buy Me Love," "Yesterday," "A Day In The Life," "Twist And Shout," "Here Comes The Sun," and "Hey Jude", the Fab Four will make you think you are watching the real thing. If you want to experience the best Beatles tribute ever, don’t miss The Fab Four - The Ultimate Tribute.

The incredible stage performances include three costume changes representing every era of the Beatles ever-changing career.  This loving tribute to the Beatles has amazed audiences in countries around the world, including Japan, Australia, France, Hong Kong, The United Kingdom, Germany, Mexico and Brazil.

Janie Fricke has gone from Indiana farm girl to internationally acclaimed recording artist throughout her career. She was born in South Whitley, Indiana, and raised on a 400-acre farm where her father taught her how to play guitar. From county fairs to corporate trade shows, live concerts, in recording studios, or before millions on television, Fricke’s individual sound and performance personality has captivated audiences around the world.

Fricke began her career singing in a “little church up the road” where her mother played piano. She sang at local coffeehouses, high school events, as well as her way through college where she obtained her degree from Indiana University in elementary education. Fricke then chose a musical career, working in Memphis, Dallas and Los Angeles. There, as one of the marketing industry’s most successful jingle singers, her voice became known to millions as the voice for such advertising giants as United Airlines, Coca-Cola, 7-Up, and Red Lobster. Her voice led her to singing sessions for Country artists such as Loretta Lynn, Eddie Rabbitt, Crystal Gayle, Ronnie Milsap, Barbara Mandrell, Mel Tillis, Johnny Duncan and others. She has also been given the privilege to sing on albums for Charlie Rich and Elvis Presley, after their deaths. It was a line in Johnny Duncan’s single Stranger that ultimately gained the most attention for Fricke. When it hit the top of the charts in 1977, fans wanted to know who sang the line, “Shut out the light and lead me…” The music industry took notice as her voice was heard on duets with Merle Haggard, Moe Bandy and others, leading her to her first major recording contract.

https://theluxlawfirm.com/free-holiday-cab-ride/
In an effort to reduce the risk of drinking and driving we are proud to present free holiday cab and ride-share rides around Colorado Springs.

As a criminal defense law firm in Colorado Springs we handle a high number of drinking and driving defense cases, so, in an effort to help make our community safer we are offering free Uber and Lyft rides over the holidays (certain restrictions apply).

We want you to be safe this holiday season, read below for complete details.

The program is simple – if you have been drinking – take an Uber, Lyft, or cab ride home and we will reimburse you for it!

Make the right choice, the responsible choice, and instead of deciding to get behind the wheel choose to catch a ride home.

DETAILS TO THE PROGRAM:

How Will I Get My Reimbursement?

Within the 10 business days you must submit a copy of your receipt and photo id and mail in to our office:

Submissions are limited and will fill up fast, so don’t delay submitting your reimbursement.
https://theluxlawfirm.com/free-holiday-cab-ride/

It’s New Year’s Eve at Boot Barn Hall and Expect the Unexpected! The celebration features complimentary welcome drinks, all you can eat buffet, dessert bar, midnight champagne toast, and unexpected twists and turns all night long! Music starts at 7:30PM with a swanky Jazz Trio before SofaKillers takes the stage to keep the party going!

Dance your way into 2022 at Boot Barn Hall this New Year’s Eve – See you at the show!